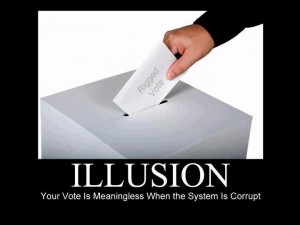 I keep hoping for any reason to stay in the UFT, but can't find one. I have some guilt about that. One of the first things I ever remember my father saying is that without the unions and the Democratic Party we would have nothing. He belonged to the Carpenter's Local 608 and didn't live to see what became ot it. Horrible story of what can happen to a union that betrays the trust of its members. Today I read the UFT's anemic attempt at inclusitivity https://uft.wufoo.com/forms/contract-negotiations-survey-for-high-schools/ and I found some egregious and subtle flaws with it. It's assumptive in that it asks you to rank what IT feels should be ranked, but in doing so makes the subtle assumption that the prevailing cancerous sores should remain and not be removed (for the good of entire body of the rank and file) so are left to fester and spread. I'm specifically speaking of the tortorous Monday and Tuesday afternoon horror shows. Then there's the asking what grade levels you teach. I have a 9-12 license but have to check off every box from 6-12. The questionnaire seems to purposely ignore ATRs as if we don't exist - nothing new about that, is there? It doesn't bring up protecting veteran's rights, ending the ATR pool, funding schools at 100% of what's been allocated, going back to a S or U observation system, the mounting health care costs or having real democratic representation from the UFT. I'd take a pay cut for any of those items, but the UFT doesn't seem to want to mention anything of importance to the rank and file. Not an accident. The UFT will use this pitiful questionnaire as evidence to f--k each and every one of us. If ten people hand it in, it will use that sample and its assumptive flawed questioning as proof of whatever right(s) it wants to sell away in its attempt for a seat at the table. You can say it's better to have a bad union than none at all - but I'd have to disagree. I'd rather be alone than be married to the UFT. This marriage has run its course, it's time for a divorce. It can keep those individuals who don't represent us, 52 Broadway, and its monthly newspaper. I'll keep the $1400 and so should you. How will I spend it? I'm going to drive Arthur Goldstein and our wives to Albany and we're going to have the biggest quail dinner my $1400 can buy. Then we're going to listen to some really good Bluegrass.
Posted by Bronx ATR at 6:24 PM