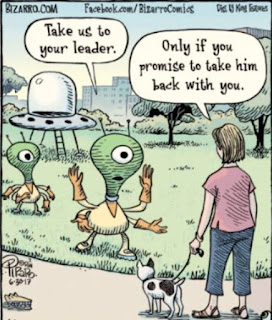 Did the title get you? Originally, I was going to add monster hornets and UFOs, as well. If you’ve ever read The Book of Revelations there are some signs.  Lately I haven’t been thinking as much of them and the pandemic as I have the pandession - I borrowed the term from The Irish Times https://www.irishtimes.com/opinion/david-mcwilliams-we-are-living-through-a-pandession-here-s-how-we-escape-1.4253571?mode=amp.  King Andrew Cuomo, self-proclaimed expert on everything - the pandemic, pandession, and everything else, is on his daily tirade telling us what to do, believe and trampling on our rights as Americans and as human beings, under the guise of an emergency. (No, I’m not a crazed Trump loving right wing Republican from Staten Island.) Now, he’s saying no one should be prosecuted for Corona Virus deaths. He’s doing that because he directly caused hundreds, if not thousands, of deaths by sending the infected into nursing homes - that previously had no virus cases. So add ‘treats us as stupid fools’ to my litany of complaints against him. Randy Andy also stopped deBlasio from quarantining the city a full five days before he deemed it necessary, all the while building a fan base for a future presidential and condom run. I guess that proved who’s the real Italian. Mussolini must be turning in his grave.

Moving on to federal false prophets of the apocalypse - allow me a preface, I thought Obama was a terrible President and I’m not sure he would have done any better than the Toddler in Charge - Uncle Tweety, but at least he wasn’t a raving jackass. Now he’s bragging about taking a medicine that he’s heavily invested in, because doctors told the public it’s worthless. He claims to be popping pills like Judy Garland, in hopes it may get the stock prices up or perhaps it will rid us of him with the side effect of heart attacks for the morbidly obese. No, we’re not that lucky - he’s not taking them. He thinks everyone is stupid, same as our local prophets of doom. I’ve had enough of all them.

Lest, you think I’ve forgotten your accommodating leader, Mulgrew - I haven’t. He’s telling you there will be no layoffs - only excessing. I hope that assuages your fears, but also hope you aren’t gullible enough to believe that. Follow it to its logical conclusion. There has to be a drastic reduction in class sizes for excessing to work based on the Fair Student Funding formula. With the pandemic there will be, but the number of classes will explode at a time when the budget will be cut by 50%. There’s no way there won’t be layoffs, unless Trump gives NYC several billion dollars. Between Betsy, Andy and Bill - there’s no way that’s happening.

My impetus for writing this post was reading James Eterno’s ICEUFT blog this morning.  There always seems to be someone constantly urging everyone to out drop out of the union. The site they tout is an anti-Union organization that wants right to work states. I stayed in one of Boca Harry’s Ft. Lauderdale’s condos last year and met many teachers working like slaves for less than half what we make. I visited Kentucky three years ago and it was even worse. If you want a teachers pension, you give up your Social Security! Yeah, I know - I didn’t believe it either - but that’s what happens when you don’t have a strong union. That’s the path that’s being laid out for us.

All the problems we are experiencing now are because we haven’t exercised our rights in voting for candidates that truly represent us. Trump, Cuomo, deBlasio and Mulgrew have to go if we want to have some semblance of safety, sanity and solvency. We all have to become actively involved or we will become stuck. Right now we are all stuck. When the next plague arrives, or war, or Monster Hornets or the UFOs land do you want the bozos in charge representing us? Not one of them has used common sense or compassion.

What follows is a signed letter by Buddhist leaders. (I’m not a Buddhist.) Please read it and think about it. https://www.lionsroar.com/buddhist-leaders-pen-open-letter-encouraging-americans-to-vote/?mc_cid=06dd7406f5&mc_eid=c3ab956fb1
Posted by Bronx ATR at 11:34 AM