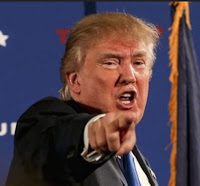 I don’t watch TV regularly, but I have watched two programs this year - the Super Bowl and the last Democratic debate. I did take notice of Bloomy’s long winded ad during the bump and grind at half time. My minion of fellow watchers told me they see him constantly on TV. The evil elf is loaded with money and BS, so TV is a natural choice. If you’ve been following Bloomy’s trajectory, towards the White House, you may have caught his great apology tour before he blasted off. https://atradventures.blogspot.com/2019/11/the-great-apology-tour-and-kyle-smith.html?m=1 He apologized for his incessant sexism and his blatantly racist, ‘Stop and Frisk’, that targeted people of color for arrest. He never apologized to NYC public school teachers or their students for closing their schools, stealing careers and giving those schools to retail managers to oversee like a hellish Chucky Cheese or Charter. His SB commercial touted his education policies as Mayor of NYC.

When my SB coven of former ATRs heard his SB spiel on education, we all let out a simultaneous groan. (Harry said he hasn’t heard a groan that loud since he gave up watching porn.) There seems to be a shift in the wind from old Bloomy and Trump has caught a whiff. It wasn’t the accustomed Big Mac and fries. It was the whiff that prey smells when it’s being hunted. No one else seems to be aware of Bloomy’s twelve year reign of terror, but Trump knows and he used that knowledge. The prey fought back. Trump profoundly hurt Bloomy today. https://nypost.com/2020/02/11/trump-deletes-tweet-calling-michael-bloomberg-a-total-racist-after-leaked-audio/?utm_campaign=iosapp&utm_source=pasteboard_app    https://nypost.com/2020/02/11/leaked-bloomberg-audio-shows-him-defending-throw-them-up-against-the-walls-stop-and-frisk/?utm_campaign=iosapp&utm_source=pasteboard_app    Good. Great theater of the moronic and ironic  - Trump has always been a vocal supporter of ‘Stop and Frisk’.
Posted by Bronx ATR at 1:49 PM