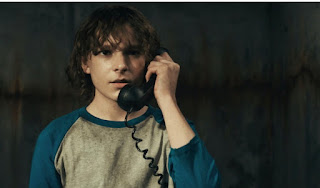 Well, another year over and a new one just begun. Ah, G-d bless John Lennon. To be honest ever since March 2020 it seems like time has remained stagnant. While I feel older and unfortunately heavier, I don’t feel like I’ve accomplished anything of real significance during this unusual time period. The Covid nonsense has had a lingering effect on everyone. I used to go to the gym three times a week - in addition to hiking. Now it’s a push for me to leave the house at all. My kids are grown and at school and life. Now, I have two cats. I know some people don’t like cats, but I love them. They are my best friends. They greet me at the door, come to me when I call them and they never leave my side. They have an affinity for certain music which surprises me. They love Brian Eno and Yasmin Williams. I’m also a big tennis fan, so right now I’m staying up all night watching the Australian open and sleeping half the day. I also started exercising outside again, which I enjoy - however, the weather is always an issue - I say that in full realization that we’ve had a very good winter. Like I’ve said before, global warming hasn’t been such a bad thing for New York City and it’s environs. I do some calisthenics, and have a bungee like cord with handles. It was surprising to me, at first, the amount of exercises you can do with it. One of my buddies accompanies me on these soirées. He’s an intellectual, former English teacher and staunch unionist. We’ve both followed the current surprising actions of Mulgrew with interest. To be honest, I never thought that MM would go against the retirees the way he has. It reminded me of a movie I watched ( and recommend) recently called, ‘Black Phone’ , in which a bully attempts to do his thing, and a tough kid stands up to him. (Spoiler alert, turn the clip off after the bathroom scene, if you haven’t seen it -https://youtu.be/soryCK894co  ) The tough kid beats the crap out of him and later explains to another bullied kid that he was very surprised the bully actually attacked him. He said he had to make sure the bully bled a lot, so that people could see it. He also told this particular bullied kid that he’d have to eventually stand up for himself. I guess that summed up the week for me. I was very happy that we stood up to Mulgrew, and that there was a bit of his blood spilled, so to speak. It will be interesting to see if there are further ramifications to all this. I don’t believe there will be - I believe Mr. Mulgrew will be quiet for some time. I also believe he will try to curry favor with retirees to make up for what he tried to do. It will have to be better than trying to claim credit for trying to get back all that money we paid in co-pays. Cheers.
Posted by Bronx ATR at 6:44 PM