Lessons to be Learned ; Part 1 - Do Your Own Thinking 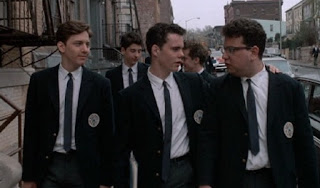 As a product of Catholic school, thinking for oneself was a big no, no. When confronted with a question or answer that didn’t make sense, we were told it just was. We were also told to follow directions and never question or refuse a request from a teacher ( who were all Christian Brothers). We were to give our teachers the same respect as our parents or be met with severe punishment. It seems to me that many teachers in the DOE were similarly raised or later molded accordingly. I figured out long ago that I had to think for myself. What’s good for others, even those you trust, is not necessarily good for you. It’s saved my life several times, and if you don’t eventually learn this lesson it may eventually cost you everything you have.

Last week, I had a friend call me to tell me she was going into her public school to learn distance learning. Of course, I did my best to dissuade her and told her she should learn distantly. Her response was the UFT would not allow her to be sent into a contaminated school. I told her you have to assume they are all contaminated. Then she said something that shocked me. She said, ‘if it’s my time, it’s my time. I’ve had a good life and if I die trying to help children then I’ll die a good death.’ I asked her to please think of all the people who love her and depend on her. She told me her children were grown and gone, and to stop worrying about nothing. Today she has a fever and bad cough. I told her husband there’s testing at Glenn Island Park in New Rochelle and he should take her there ASAP. He said he would.

Now, ‘Jane’, is like many teachers I know. Good hearted, kind, trusting and completely loyal to the UFT, up to and including to the point where she has trusted them with her life. I said this once and I’ll say it again - if this doesn’t wake you up to what the UFT has become, then nothing will.