It seems as if the UFT and some teachers have forgotten what Cuomo is. Here’s a reminder.

Andy is Looking for Your Vote 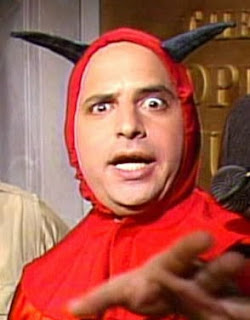 As you probably know Cynthia Nixon will be running against Andy Cuomo this November. It seems that many, many teachers have forgotten his atrocious attacks on public schools and public school teachers. (This forgetfulness is known as the halo effect. It's occurs when more recent behavior counteracts repeated long term behavior - our students intuitively use this against us about a month before report card grades are imputed.) Let's review them. Cuomo stated in his 2015 inaugural address that the key to education reform was teacher evaluation. He said they were flawed because so many students were failing and so many teachers were rated effective. In other words, a scapegoat was needed and public school teachers were going to be it. Cuomo has not been a friend to public schools, teachers or students. His current promises should not be given any credence, especially if the UFT endorses him. He will turn on us quicker than a rattlesnake. I will, of course, be voting for Cynthia Nixon.

Here are some more reminders of Andy attacks from the NYSUT https://www.nysut.org/news/nysut-united/issues/2015/february-2015/nysut-blisters-cuomos-draconian-anti-teacher-agenda referencing Cuomo's agenda :
Posted by Bronx ATR at 10:50 AM